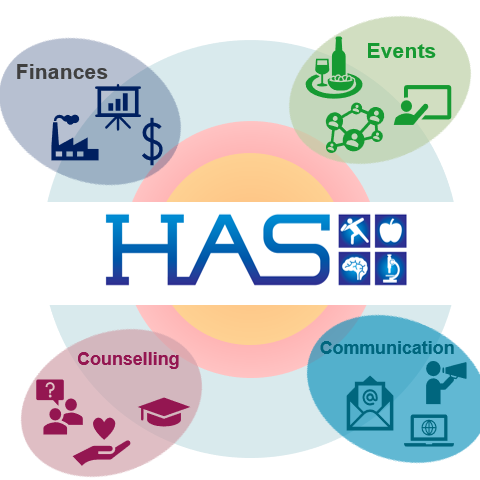 Statement on the recent news coverage of ETH Zurich

Statement on the recent news coverage of ETH Zurich

The following text was sent to our members on 27.3.2019. We publish it here for members of the scientific staff and other interested people that did not receive it. We welcome questions, remarks and critiques: info@aveth.ethz.ch

With this letter, we express our opinion on the news coverage and allegations which appeared in the online magazine “Republik” (1D/1E/2/3/4/5) last week. You have already received an email from the president of ETH commenting on them last Friday.

What is the trigger? The Swiss magazine “Republik” published a series of articles about the ongoing dismissal proceedings against Professor Carollo from the former Institute for Astronomy last week.

Those articles and the accompanying interview with Professor Keller heavily criticise ETH Zurich as an institution, the people who offered their help to affected students, and how the investigation was conducted.

Moreover, these articles paint our current and former colleagues, who stood up to bullying and overall unethical treatment by their supervisor, as a group of vindictive conspirators.

In addition, all of the publications strongly imply, though never explicitly state, that the affected ETH doctoral students are weak and incompetent people who cannot handle scientific challenges and failures.

What happened since then? We understand that several members of the scientific staff of ETH have criticised the mentioned articles in “Republik”. As a result, the journalist behind these articles invited us to an interview on Friday, after the series of articles had been published. We denied the request for two reasons:

First, the late timing makes the framing and motivation for such an interview dubious at best.

Second, the questions he sent us as preparation for the interview concern supervision in a very broad sense. These topics have been addressed many times over the last years. Furthermore, we are working with the ETH executive board on the measures they announced two weeks ago. We believe constructive dialogue is a better way forward for everyone.

We do however want to address you directly.

What is our opinion? We strongly condemn the trivialisation of bullying and unethical treatment of the most vulnerable members of the scientific community by the magazine “Republik” and Professor Keller. It has nothing to do with frustration over bad results or a lack of maturity. Academic pressure and prestige are no excuse for bullying and do not justify misconduct at any level.

We wish to express our support for the affected students at the former Institute for Astronomy and others who have had the courage to speak up. With nothing to gain and everything to lose, it is not credible that a dozen current and former ETH doctoral students would fabricate false allegations of such gravity. At the same time, we want to express our gratitude to the members of the Department of Physics and others who have stood by those affected, in particular Professors Wallny, Sigrist, Refregier and van Gunsteren.

We want to thank our president, Professor Mesot, for having the courage to admit to mistakes ETH has made along the way. His apology on behalf of ETH to all of its employees for these mistakes is one of the most important steps in the large-scale reforms, which are underway. We support the transparent way in which he has pledged to conduct these reforms, inviting constructive criticism and open dialogue at all levels. These steps are in our opinion a constructive way forward that will be beneficial to everyone at ETH.

We further wish to express our strong support for our vice-rector for doctoral studies Professor Togni. He has always been available for doctoral students and postdocs that have reached out to him for help. He fostered the much-needed discussion about supervision at ETH not least with the symposium on doctoral supervision. These discussions have brought together most groups at ETH, from professors all the way to undergraduate students through scientific and technical staff. The resulting changes to ETH leadership policy will be of benefit to everyone at ETH and would not have been possible without Professor Togni.

These views reflect those of our current and former board members and are based on their experience. We see ETH Zurich as a community of curious, driven, and committed people who have dedicated themselves to research and are prepared to work hard for it. Each person’s success is based on previous work and support of the scientific community as a whole. Therefore, it is of paramount importance that professors, students and staff are able to debate scientific and other issues on an equal footing.

It is not tolerable that discrimination, harassment, bullying, or threats receive any space in our community. Together we will continue to foster a culture where scientific excellence goes hand in hand with mutual respect.

On behalf of the AVETH board,

PS: What can you do? We encourage you to connect with your peers at ETH. Resolving problematic situations requires good ideas and time. Acknowledging general issues and dragging them into the light does not happen on its own.

– We urge you to contact our counselling team, if you feel bullied, harassed or unfairly treated. If you see something, say something! Speak up and take action, when you witness a lack of respect.

– Get involved in your department and in our community. We and our representatives in the departmental associations will continue to work on your behalf to improve the situation of the scientific staff.